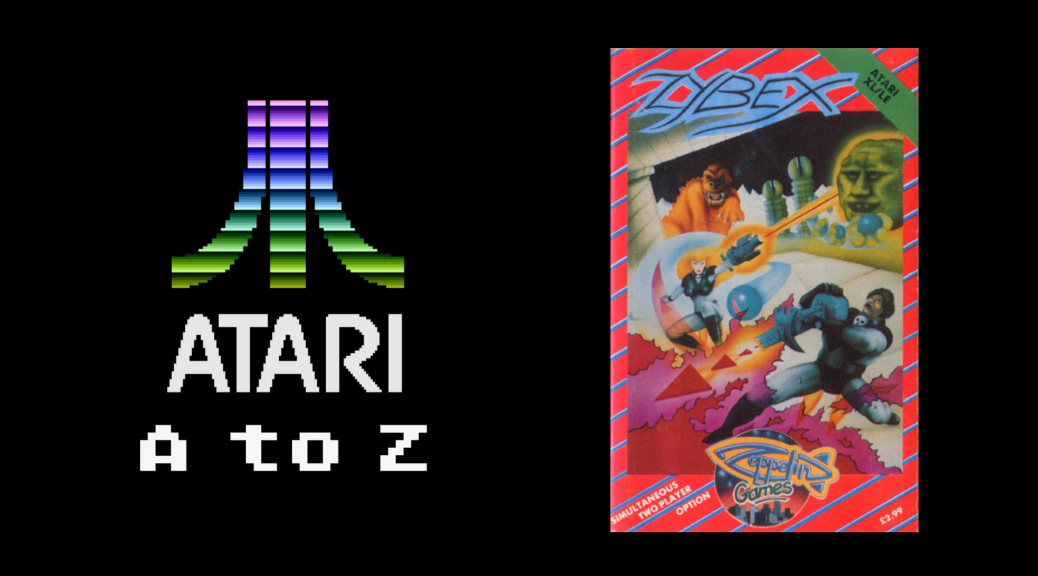 We made it to Z once again, folks, and it’s time for an all-time classic shoot ’em up for the Atari 8-bit: it’s Zybex, from Zeppelin Games.

Zeppelin began their life as a company specialising in budget-priced titles on cassette; the first time I came across them was when they released today’s game Zybex and motorcycle racer Speed Ace for £2.99 each. Speed Ace was fairly decent, from what I recall — though at the time of writing it’s not one we’ve revisited as yet — but Zybex was something truly special.

Featuring frantic shoot ’em up action for one or two players, Zybex truly brought the arcade-style scrolling shoot ’em up home in style — and it still holds up pretty well today.