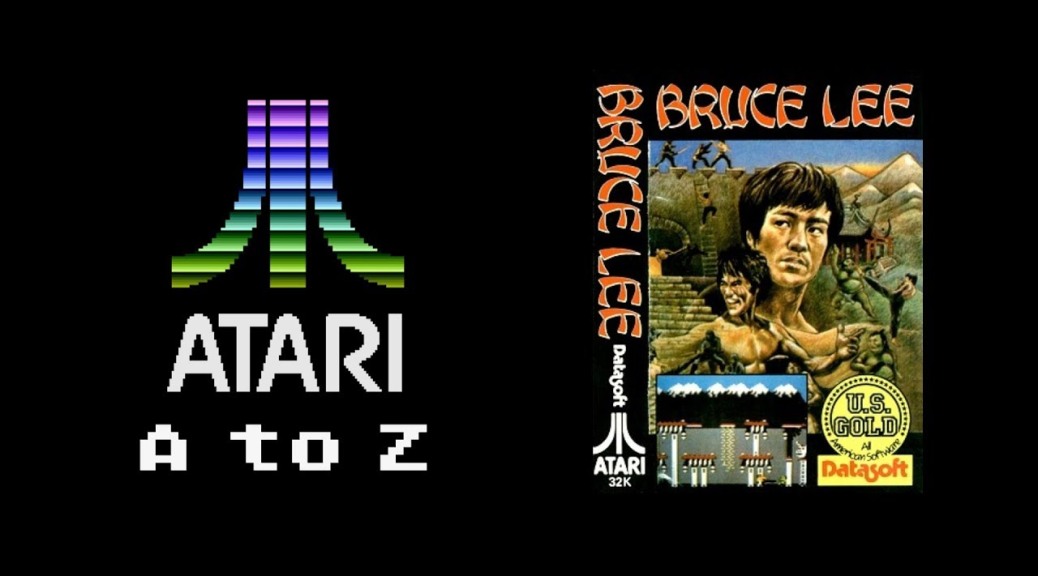 Bruce Lee was an interesting game that included elements of the beat ’em up, platform game and action adventure genres, creating an altogether unique experience at the time that is still fondly regarded today.

I have very fond memories of this game, despite not being all that good at it when I was a kid. Rather than it being fast, chaotic action, it actually rewards somewhat strategic play; taking your time getting through the screens is usually your best bet, and defeating the enemies is also a case of waiting for a good opening to attack them rather than flailing wildly.

The game was developed as an Atari 8-Bit title originally before being ported to a number of other platforms, including Commodore 64, ZX Spectrum and MSX. The Atari version is obviously the best, of course, not that I’m biased at all in this regard.

Aztec Challenge is one of the first ever examples of what we now know as the “auto-runner” genre.

First released in 1982 by Cosmi and subsequently rereleased in 1983 with considerably improved graphics, the game sees the player taking on the role of an Aztec warrior (who may or may not be wearing pants) as they attempt to jump over a series of increasingly awkward obstacles.

The game has a reputation for being incredibly unforgiving in terms of its collision detection, but it’s a fondly remembered game for its impressive graphics (in its 1983 incarnation, at least) and addictive challenge.

Hello, dear Atari fans! It’s been a while, and for that I apologise!

Fact is, I found myself with a bit less time to work on this site alongside all the other things I was doing than I thought I might have, so I’ve had to rethink things somewhat. However, I’m still keen to develop a useful (or at least hopefully interesting/nostalgic) resource for those interested in the Atari 8-Bit and ST computers and the software available for them!

With that in mind, I kicked off a YouTube series called Atari A to Z, which at the time of writing features short playthroughs of Atari 8-Bit games, some of which I grew up with and some of which are new to me. It has had a good response so far, so I thought I would expand it to this site as a means of promoting it in another way, and of collecting all the videos and related content together.

The thinking behind Atari A to Z is to initially explore the Atari 8-Bit’s library of games, a letter at a time… then go around and do it all again! I’d like to expand this over time to Atari ST games and perhaps some pieces of software too.

I hope you’ll join me on this journey; Atari computers are super-important to me, so I’m keen to share these things I love with those interested in such things!