Although their name might suggest otherwise, Adventure International put out many different types of game for the Atari 8-bit.

One interesting example from the relatively early days is Triad, a game that combines noughts and crosses with shoot ’em up action, in which each square on the board contains a specific type of enemy — and each type of enemy requires a specific means of defeating them! It’s a fun combination of shoot ’em up and puzzler that is still surprisingly addictive today.

Shamus is one of those games that probably every Atari 8-bit enthusiast has played at one point or another; like many other games from publisher Synapse Software, it’s an all-time classic.

Developed by Cathryn Mataga (credited as William Mataga in the game), Shamus is a top-down action adventure that draws some inspiration from the classic shoot ’em up Berzerk and combines it with a more coherent world that you need to explore in order to proceed to the next level. Offering massive mazes and tons of replay value, Shamus is still a great time today. 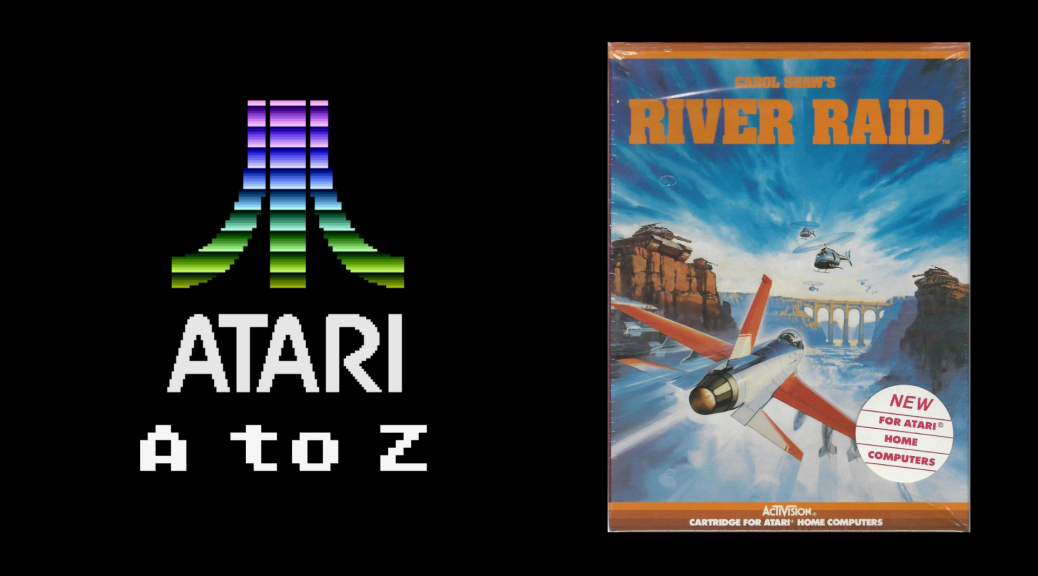 For the unfamiliar, River Raid is one of the original vertically scrolling shoot ’em ups, and made use of some clever programming techniques to squeeze the entire game into a tiny amount of space. It’s one of Activision’s finest games of the 8-bit era, and a game I still enjoy on a regular basis today. 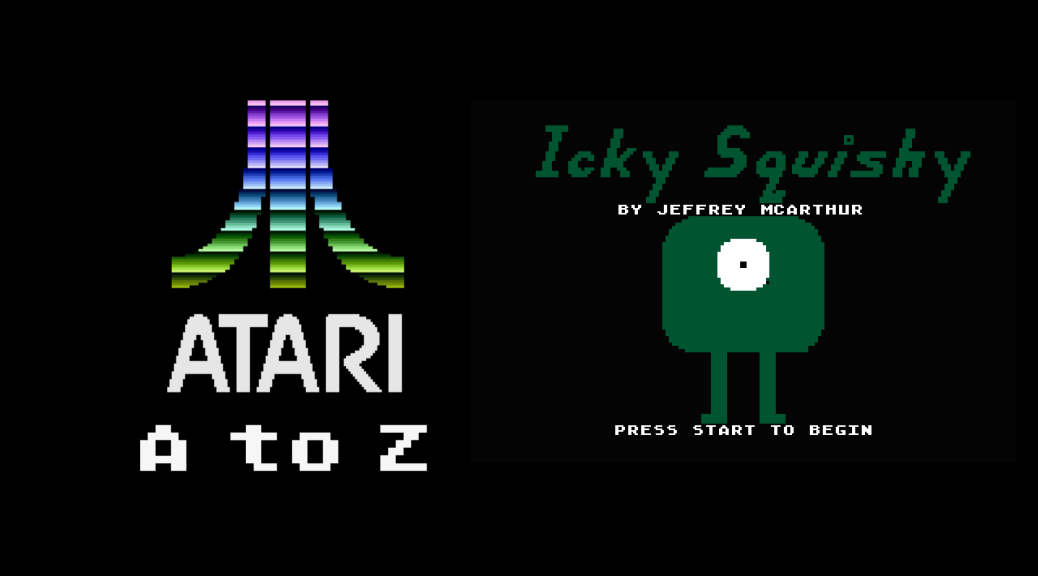 Today’s Atari 8-bit game is not one I’d heard of before, and with good reason: it never sold any copies!

Despite this, it somehow managed to find its way out into the wild — as a lot of unreleased, prototype or otherwise difficult-to-find software tended to do back in the day — and, many years later, the original author even made a video talking about the making of the game on YouTube.

Sadly, said author — one Jeffrey McArthur — is no longer with us, as he passed away in 2017. But we can honour his memory by enjoying his work today! So let’s take a look at Icky Squishy. Don’t forget to subscribe on YouTube for more! 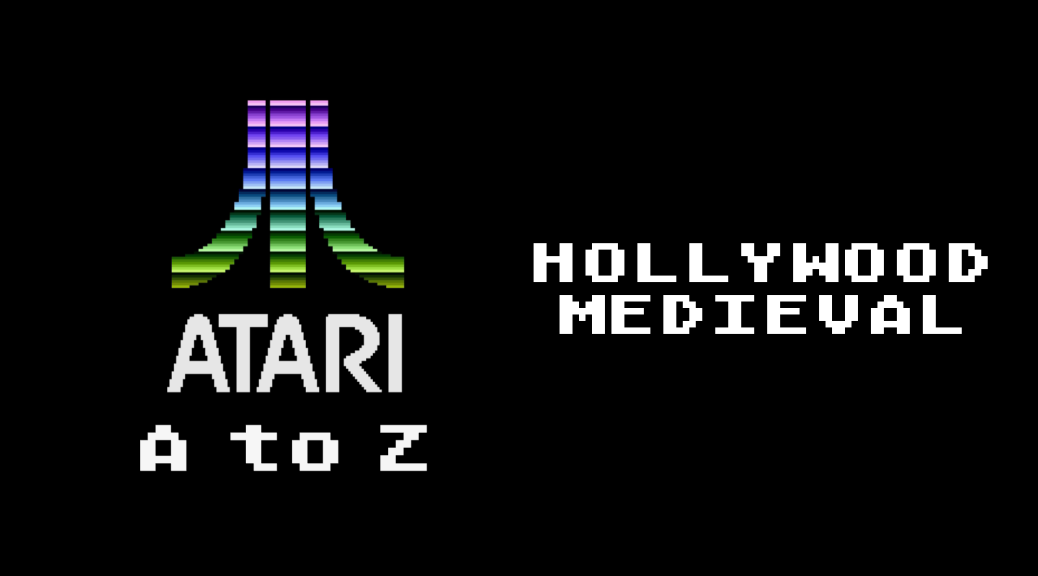 Back in the early days of home computing, developers were experimenting not only with how different game genres worked, but also with using game-like mechanics in various contexts.

One pioneer of these experiments was Douglas Crockford, who we’ve seen a couple of times on this series previously. Today we look at his Hollywood Medieval project, which combines music effectively arranged by the “player” with the game-like mechanic of navigating a maze — with your location determined by the musical phrases you’re hearing.

A peculiar experience to be sure! Check it out in the video below, and don’t forget to subscribe on YouTube for more. 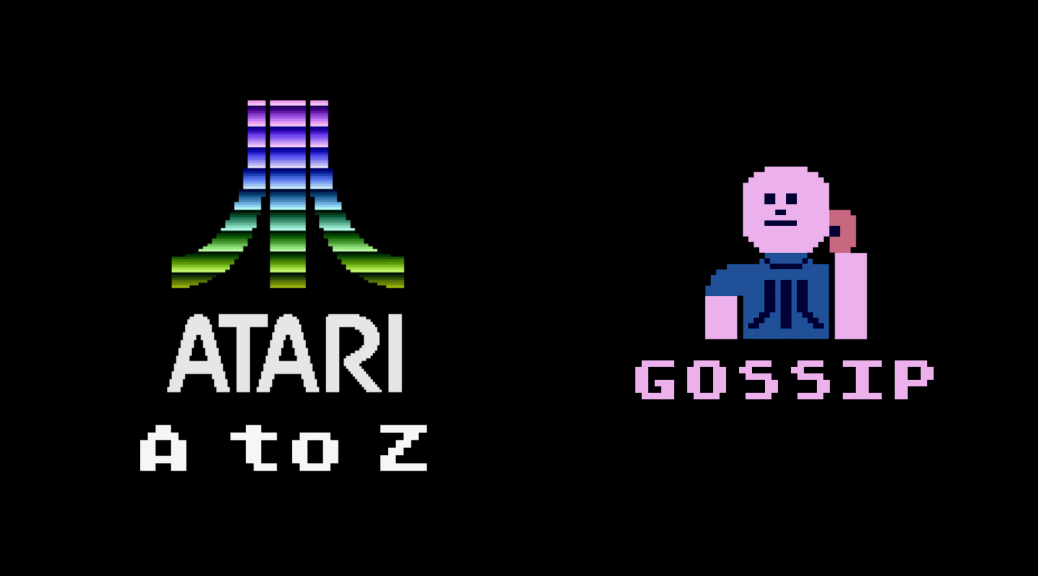 Today’s indie scene is quite rightfully regarded as one of the most creative spaces in the games industry. But it’s been that way for a lot longer than most people realise.

Some truly fascinating games came out through the Atari Program Exchange or APX, a programme run by Atari where consumers (or indeed Atari employees) could submit their pet projects and get them published by the company — perhaps the earliest take on today’s “indie specialist” publishers such as Devolver Digital and its ilk.

One such example that it seems never quite made it to final release was Gossip, a fascinating game by Atari’s master of simulations, Chris Crawford. Gossip is an attempt to simulate social interactions using a mathematical model of affinity as a basis. As a game, it takes a bit of getting used to, but as you start to figure out what’s going on it becomes a fascinating experience. Check out my attempts to woo the virtual ladies in the video below, and don’t forget to subscribe on YouTube for more!

Today’s Atari 8-bit game is one of my favourites from back in the day — and, I’m pretty sure, one of the earliest video games I remember playing as a kid.

It’s Flip and Flop from Jim Nangano and First Star Software, a take on the Q*Bert isometric “painting” formula with a few interesting twists — most notably some more complex level design, an emphasis on outwitting enemy behaviour, and some peculiar changes in perspective just to throw you off every so often!

If you’ve never checked out the Atari 8-bit’s library before, this is definitely one of the games you should give a shot. Enjoy the video below, and don’t forget to subscribe on YouTube for more! 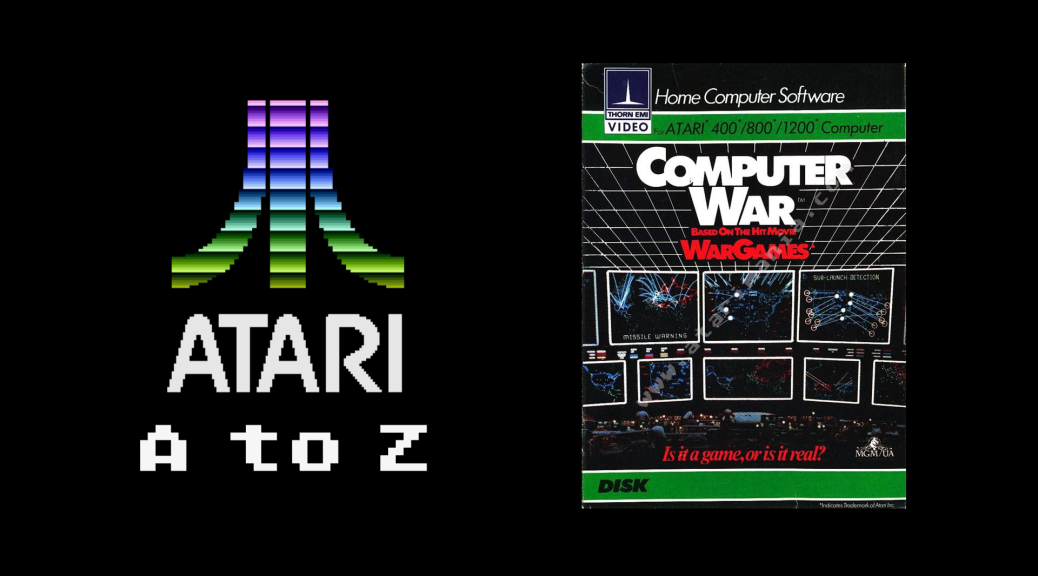 Nuclear war is a scary prospect, but as a general rule we, the people of the world, don’t seem to be nearly as nervous about its possibility as we were back in the 1980s, for one reason or another.

The ’80s, as we’ve seen a few times on this series, played host to a variety of media that acknowledged and explored the strong degree of paranoia and fear that existed with regard to the United States’ Cold War with Russia in various ways. One of those pieces of media was the excellent movie WarGames, which in turn inspired several video game adaptations on various platforms.

One such video game was Thorn EMI’s Computer War for Atari 8-bit, a game I very much enjoyed when I was a kid — and still like firing up now and then today. Check it out in the video below, and don’t forget to subscribe on YouTube for more!

Early arcade ports certainly varied quite significantly in quality, and opinion appears to be a bit divided online as to whether or not Ron J Fortier’s Atari 8-bit take on Sega’s classic Zaxxon is “good” or not.

Well, “good” or not, that’s what we’re taking a look at today — and it turns out there are two slightly different versions of the game out there. (I discovered after I made the video that these are due to there being a 16K cassette version and a 48K disk version — in the video you’ll see the disk version first, followed by the more limited cassette version.)

Enjoy this take on a classic in the video below, and don’t forget to subscribe on YouTube for more!

Today we pay another visit to a beloved publisher of the Atari 8-bit days: Synapse Software — and one of the company’s most well-regarded games.

Rainbow Walker isn’t an especially original premise — it’s a Q*Bert-style game in which you have to hop on all the squares to change them to the correct colour — but the remarkable thing here is the incredibly slick presentation, featuring a gorgeous 3D effect, smooth movement and some fancy special effects. It’s not hard to see why the game is regarded as one of the finest in the Atari 8-bit’s library.