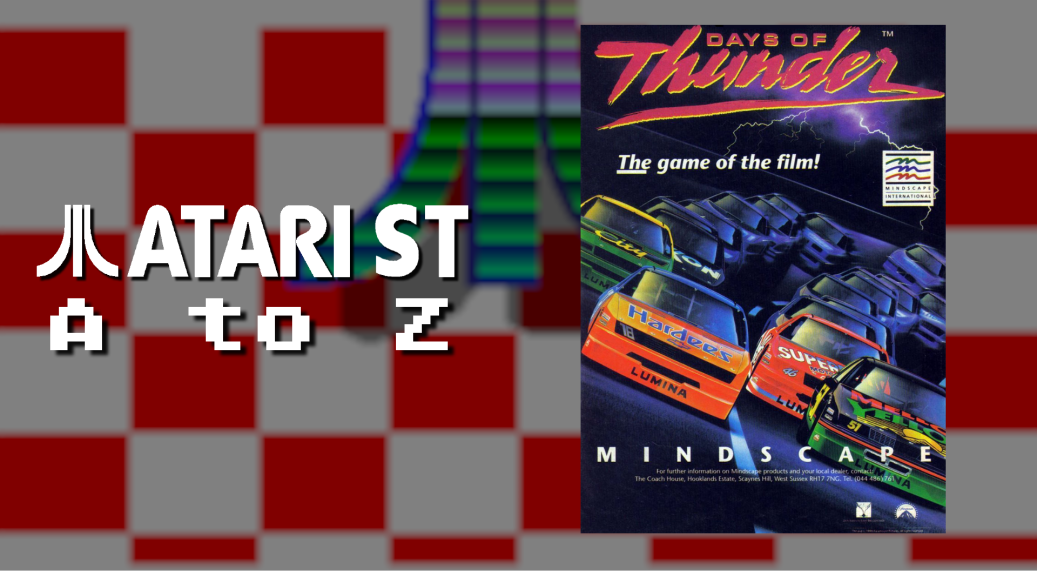 In the 8- and 16-bit home computer era, movie license games were typically developed either as platform games with a tenuous link to the movie in question, or some sort of minigame compilation, with each major scene from the movie being represented as some sort of interactive challenge.

Mindscape’s Days of Thunder was different. Here was a game that took the basic concept of the movie and simply used it as a basis to create a fully fleshed out experience — one that complemented rather than attempted to imitate the original work. The subject matter — motorsport — was ideal for such a treatment, and, on paper, Days of Thunder was a great idea.

Sadly, less than stellar performance meant that the game wasn’t as good as it could have been — a lack of speed and responsiveness in a racing game is a bit of an issue! — but it remains an interesting proof of concept as well as an intriguing anomaly that broke with the conventions and norms of the time. So I salute the effort involved, if not necessarily the final product we ended up with!