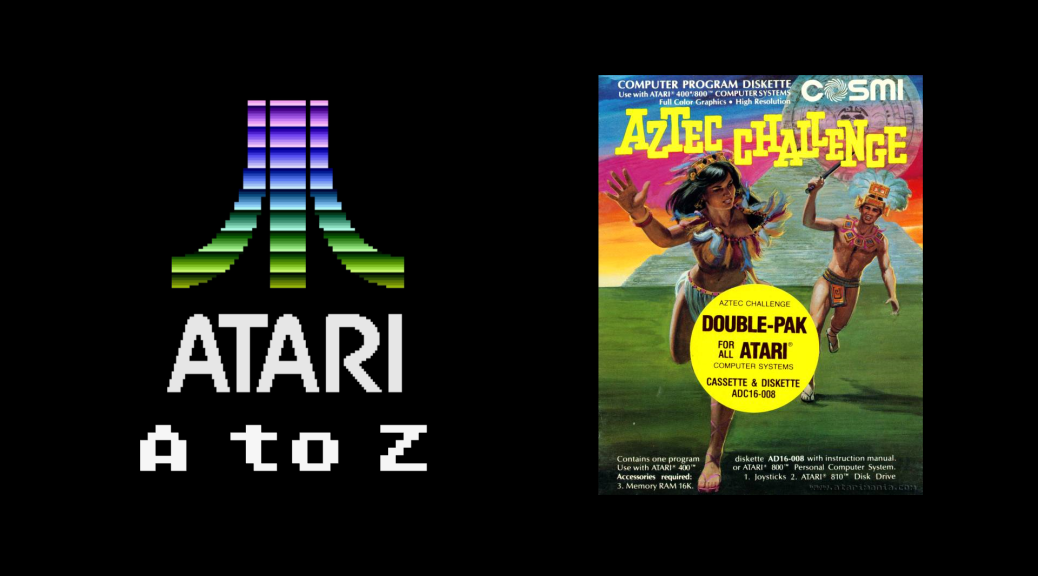 Aztec Challenge is one of the first ever examples of what we now know as the “auto-runner” genre.

First released in 1982 by Cosmi and subsequently rereleased in 1983 with considerably improved graphics, the game sees the player taking on the role of an Aztec warrior (who may or may not be wearing pants) as they attempt to jump over a series of increasingly awkward obstacles.

The game has a reputation for being incredibly unforgiving in terms of its collision detection, but it’s a fondly remembered game for its impressive graphics (in its 1983 incarnation, at least) and addictive challenge.