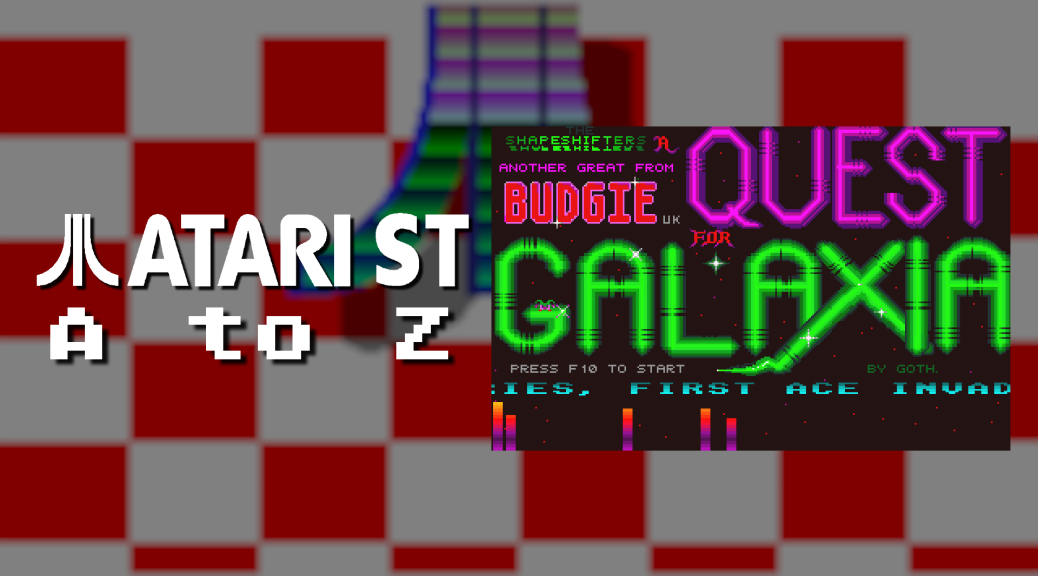 The 16-bit home microcomputer era was a bit of a golden age for public domain software and shareware — even long before the advent of the Internet made distributing such things child’s play.

A key player in this space here in Europe was Budgie UK, who became well-known for distributing good quality public domain software, typically taking the form of 16-bit takes on classic arcade games.

Today’s game is a prime example of that, providing a thoroughly serviceable and enjoyable clone of Namco’s fixed shooter classic Galaxian… with a cool demoscene-style title screen! 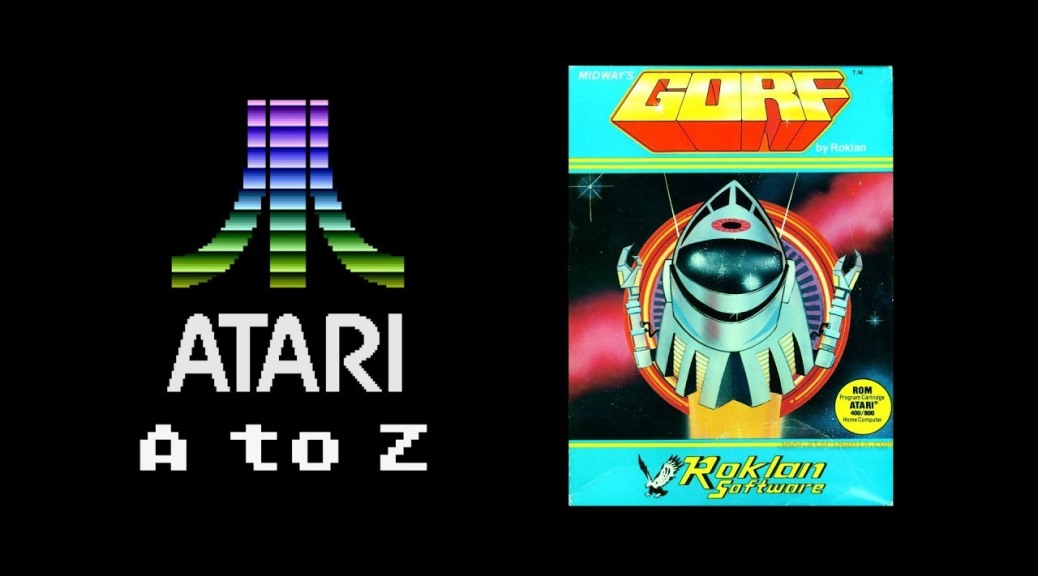 No, that’s unfair to poor old Gorf, an arcade game by Bally Midway that was ported to Atari 8-Bit by Roklan Software. Gorf is an entertaining and enjoyable game in its own right that most certainly has its own identity — albeit perhaps not what was originally intended.

This began life as an adaptation of Star Trek: The Motion Picture, of all things, but was presumably adapted into what it eventually became after someone at Bally Midway figured that a game involving a 20-minute sequence slowly panning around a spaceship with nothing happening probably wouldn’t be that much fun. The end product was rather good… and bastard hard.