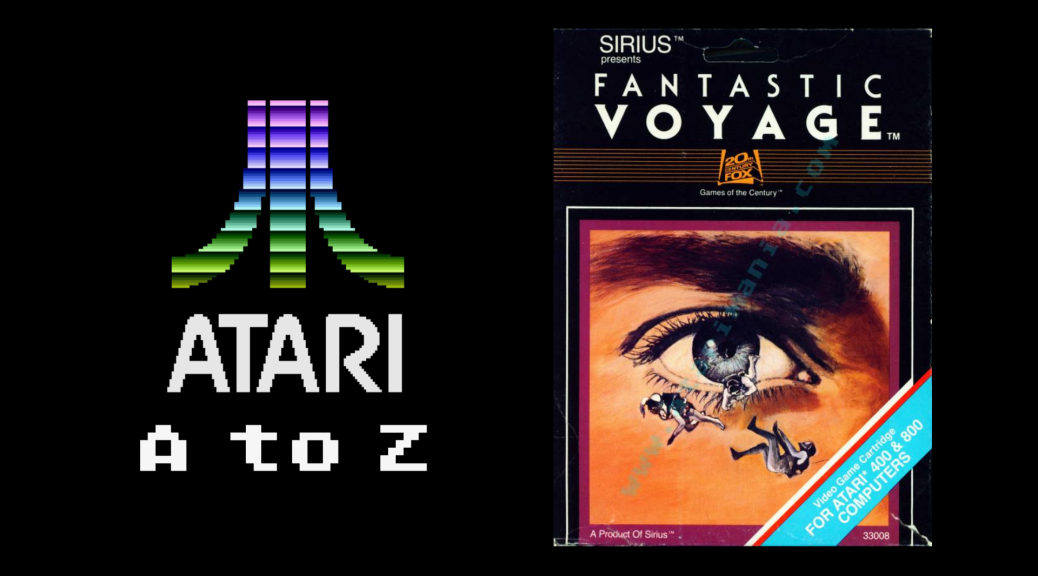 Better get used to that sound! It’s Fantastic Voyage, an extremely timely 1982 release from Sirius Software that adapts the 1966 movie (or possibly Isaac Asimov’s novelisation) about injecting tiny submarines into scientists to blast health problems from within.

It’s actually a very enjoyable shooter — albeit one that isn’t going to blow your mind with its visuals, being barely distinct from its Atari 2600 counterpart. It plays well, though… and you’ll be hearing that beep-beep-beep in your sleep!

I’ve always kind of been fascinated by games that get “bad” reviews. And my gaming experience over the last few years has demonstrated that it’s always best to make up your own mind about things rather than going purely by one person’s rant — as amusing as those rants can be sometimes.

Today’s Atari 8-bit title, Wavy Navy from Sirius Software, is a great example of this. Poorly received by at least one reviewer for its similarities to the system’s excellent port of Galaxian, it’s actually a rather fun fixed shooter with an interesting twist.

Sometimes it pays to go back and revisit those “bad” games… in many instances they’re actually nowhere near as bad as you might think!

Towards the end of our first cycle of Atari A to Z, we came across an interesting little first-person maze game called Way Out, developed by Paul Edelstein and published by Sirius Software.

That game got a sequel! And like all good sequels, it provides more of the same, but better. Specifically, it provides split-screen competitive two-player action (with an optional AI-controlled computer opponent) and an unconventional but nonetheless effective control scheme that provides us with one of the earliest ever examples of “strafing” in 3D.

It’s also a very early example of a game that George “The Fat Man” Sanger contributed to; his distinctive music was a mainstay of ’90s PC gaming and beyond, so it’s interesting to see where his “roots” lie!